COUNT THE NUMBER OF EMPLOYEES AND YOU WILL FIND THAT WE ARE NOT THE LARGEST OF CONSULTANCY COMPANIES. HOWEVER, TOGETHER WE HAVE MORE THAN 100 YEARS OF EXPERIENCE WITHIN CONSULTANCY, DESIGN, DEVELOPMENT AND CONSTRUCTION IN THE MEDICAL INDUSTRY.

SPT VILECON is a modern development and consultancy company under Danish ownership, who offers complete solutions primarily for the medical and pharmaceutical industries. Focus is on developing new products and improving/ optimising existing products and production lines in close dialogue with customers and partners. SPT VILECON also offers consultants for production support, optimisation, validation; project management and quality assurance just to name a few. The customers are often the leading international companies in their specific field. SPT VILECON is actively involved in every phase of development from concept to finished product. However, also parts of a project can be assumed responsibility for if needed. SPT VILECON can start up and test complete production units before they are delivered to the customer and thereby ensure successful implementation of any project through close dialogue and follow-up even beyond completion of the project.

Since SPT and VILECON were founded in 2011, the company has grown fast. We are a team of dedicated engineers, technicians and sales representatives, all of whom are highly qualified within their specific professions. We are enthusiastic, we are proud of what we do and we are passionate about our work. We have strong competences at our disposal within many areas, including product development, business development, project management, patent applications, injection moulding, metrology, technical sales, Lean/Six Sigma and supply chain management. We have in-house production facilities, including test equipment and plastic injection moulding machinery at our disposal. This means that we can start up and test complete production units before they are delivered to the customer. SPT VILECON´s administration and production facilities are located near Copenhagen in Denmark.

Our policy is always to meet our customers′ requirements and expectations.

SPT Vilecon is certified in the ISO 13485:2016 Quality Management Systems for Medical Devices. We are certified in the whole life cycle of medical devices. The scope of the approval is applicable to: 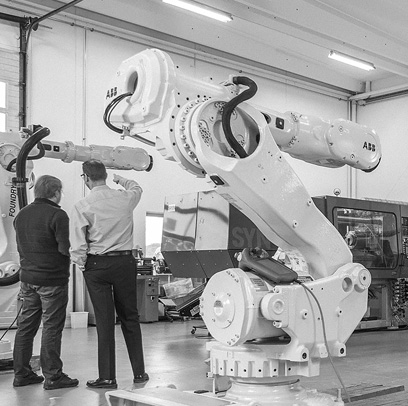 In Norse mythology, VILE was one of three brothers – Odin, Vile and Ve. They were the first generation of Norse gods. Their most important function in Norse mythology was to establish and maintain world order. Vile gave wisdom, intelligence and movement to the first human beings on the earth. CON is a reference to “Construction”, full-scale production and supply chain. Hence the name: Vilecon.

There were originally two companies, which merged: SPT – Scandinavian Plastic Technology and VILECON.

SPT VILECON – together, a strong foundation.

We provide innovative, full-service solutions and devices within the medtech and pharmaceutical industries that enable our customers to deliver first-class patient care.

Our vision is to become a preferred provider of full-service solutions and devices to the medtech and pharmaceutical industries through creative thinking, innovation and industry insight.